NPC inter media bowling championship is back after two years 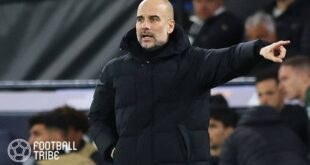 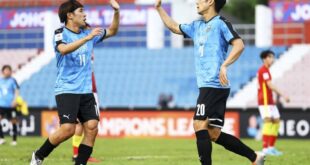 He said the matter will be jointly discussed with the Youth and Sports Ministry and the Football Association of Malaysia (FAM) soon.

“Insya-Allah, I will be discussing this with Youth and Sports Minister Datuk Seri Ahmad Faizal Azumu and also with FAM.

“It (discussions) will be about celebrating (Malaysia’s qualification) or any form of contribution that we can give… we will discuss this,” he told reporters after attending the 2022 Malaysian Youth Parliament (PBM) sitting here today.

Ismail Sabri, meanwhile, also hoped that the Harimau Malaya squad will now go on to perform their best and make their mark at the 2023 Asian Cup.

“We have only passed the first test, the bigger challenge will be at the Asian Cup and to get some good results. I hope this fighting spirit shown will continue to restore Malaysia’s standing in international football, especially in Asia,” he said.

Malaysia ended more than four decades of wait when they qualified on merit for the Asian Cup after thrashing Bangladesh 4-1 in the last match of Group E qualifiers at the Bukit Jalil National Stadium here last night.

Malaysia ended the qualifying stage with six points to finish behind group champions Bahrain thus booking their ticket to the prestigious competition as one of the best five runners-up.

The last time Malaysia made an appearance in the Asian Cup finals was in the 2007 edition when they co-hosted the tournament, but it had been more than 40 years of failing to advance (to the finals) on merit since the 1980 edition in Kuwait.

SEA Games: Johnathan and co gunning for glory in Hanoi

KUALA LUMPUR, April 28 (Bernama) -- Johnathan Wong is confident the national shooting team can achieve better results at the Hanoi SEA Games in Vietnam next month, thanks to the comprehensive training they have undergone.The 29-year-old, who is set to ...