ASEAN needs a ready and capable steward in 2015 and Malaysia looks to be in the right place at the right time. Malaysia has made clear that realising the ASEAN Economic Community (AEC) by the end of the year will be its main goal for its 2015 chairmanship of ASEAN. In this regard, a recent essay by Malaysia’s Minister of International Trade and Industry Mustapa Mohamed provides subtle but significant indicators of the government’s leadership objectives and the approach to accomplish this. While the essay by no means represents a definitive official policy statement, it provides an encouraging affirmation of the growing need to address non-tariff measures (NTMs) and to galvanise the concept of an ASEAN identity. 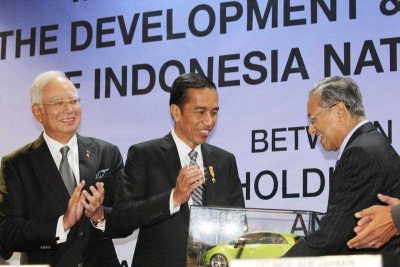 First, Minister Mustapa makes clear that Malaysia will not avoid the crucial and politically sensitive task of addressing protectionist measures imposed by other ASEAN members. If successful here, Malaysia’s effort could help set expectations for a new standard of behaviour. This would help mitigate and nullify the most significant challenge that stands in ASEAN’s way to realising a region characterised by ‘free movement of goods, services, investment, skilled labour, and freer flow of capital’.

Protectionism in ASEAN — such as local content requirements, mandatory product standards and import restrictions — is rampant, and this is most remarkable for the trade in goods. Binding tariff elimination commitments under the ASEAN Trade in Goods Agreement (ATIGA) has resulted in duty-free treatment for more than 90 percent of tariff lines. ASEAN members generally have little recourse to shield unprepared or nascent local manufacturing industries from exposure towards the AEC.

Consequently, the number of NTMs imposed has grown even though they contravene the goals of the AEC and distort intra-regional trade. Despite commitments under the ATIGA to identify and eliminate NTMs, little to no progress has been made. Malaysia’s plans to prioritise this issue can help set the tone and momentum for ASEAN to conduct a serious and honest examination on NTMs.

Second, as Minister Mustapa rightly highlights, misinformation means there is persistent scepticism — especially from industry — about the tangible benefits (and costs) of liberalisation measures under the AEC. Consequently, Malaysian Prime Minister Najib Razak has stated that under Malaysia’s leadership, ‘the people must understand what actually ASEAN is and what ASEAN is doing’.

There has already been an effort to address the information gap. In November 2014, ASEAN foreign ministers launched the ASEAN Communication Master Plan (ACMP) to provide a framework for communicating the character, structure and overall vision of ASEAN to its stakeholders. While the publication sets a useful baseline, Malaysia’s Ministry of International Trade and Industry (MITI) could help upgrade this effort. It could push for precise and actionable information to all of ASEAN, particularly concerning market access opportunities and preferential treatment from the AEC. Leading by example, MITI’s ‘Promoting Trade’ webpage is arguably one of the most updated and comprehensive sources of public information on trade agreements available today.

Malaysia will also seek to lead ASEAN in overcoming the rising backlash of nationalism against liberalisation under the AEC. The AEC has a public relations problem that has arisen not from the nature of free trade but from the way ASEAN member states have packaged it. Citizens feel disenfranchised and overlooked by the AEC.

Governments need to apply narrative that registers with the public and leads to a sense of ownership. In the near term, ASEAN will need to carefully assess and methodically build popular support for the next phase of the ASEAN integration process. Success will be essential for the ASEAN members to build support for greater economic integration under AEC 2025, which envisions an emphasis on a green economy, greater connectivity and common positions on global issues.

Finally, referring to the institution’s longstanding consensus-based and non-confrontational working style, Minister Mustapa stresses that the ASEAN processes will continue in the ‘ASEAN way’. This principle, which effectively grants veto power to each ASEAN member state, has met numerous criticisms. But it has helped ASEAN pursue regional liberalisation and integration, while ensuring that less-developed economies have an equal opportunity to participate in and benefit from them.

It is worth noting that Article 21(2) of the ASEAN Charter allows a sub-group of ASEAN member states to move forward on a regional effort if there is consensus to do so. While applications have been limited, the risk of creating a fragmented two-track, two-speed system remains. Certain ASEAN member states have continually lagged behind and have no capacity to participate in or debate different approaches. Malaysia’s back-to-basics approach through the ‘ASEAN way’ may reflect the interest in ensuring all ASEAN members are fully on board for future major regional integration efforts. More importantly, they will have the roadmap and resources to do so at the outset.

It would be unrealistic to expect Malaysia to overcome several years’ worth of delays and disagreements over non-compliance in the AEC implementation process. But MITI’s clear perspective on the leadership ASEAN needs provides a basis for optimism that ASEAN can focus its will and resources to implement the ‘last mile’ integration measures the region needs in 2015.

Daniel Wu is an international trade analyst based in Bangkok and a Non-Resident WSD-Handa fellow with Pacific Forum CSIS. All views expressed here are his own.