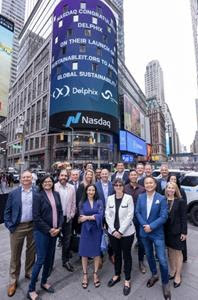 KOTA KINABALU, June 4 (Bernama) — Who would have thought that corn husks could be turned into beautiful works of art like flower bouquets?

This is because after the corn kernels are processed into food or drinks, the husks will usually be thrown into the trash or disposed of.

However, with unique ideas, creativity and Midas touch, the husks can be upcycled into flowers in various colours to be used as decorations or flower bouquets.

This was evident when Upcycled Shack founder, Tressie Yap, 50, decided to share her hobby and innovative skill of turning corn husks into crafts with over 20 housewives in Kota Marudu through a course she jointly organised with her friend, Farni Millis, a social entrepreneur in the district.

The Kota Marudu district, located about 125 kilometres north of Sabah, is well-known as a producer of maize.

When met by Bernama at the ‘Corn Husk Craft’ booth at the ‘Riuh Bah! Keluarga Malaysia’ carnival, Yap said it all began when Farni posted a question on their Whatsapp group on the various uses of corn husks.

“I then responded and said that I used to make crafts using corn husks such as flowers and earrings but it was just a hobby.

“After that, Farni asked if I could provide training? I said I could try and we started it (craft making course and training) about a couple of months ago,” she said when met at the Sabah International Convention Centre here today.

Yap said although it had only been two months, the response from customers was very encouraging, especially during the Mother’s Day celebration and they also received flower bouquets orders for weddings, birthdays and shop openings.

“These flowers are organic, eco-friendly products because they come from agricultural crops. We want to keep up with the eco-friendly concept. As for the colours for these flowers, we use materials from plants such as turmeric, pandan leaves and onion peels.

“Of course, there are some challenges to get the materials (for colouring) but we try to overcome them. However, we will inform customers that we dyed some of the flowers using food colouring,” she said.

So far, about 2,000 corn husk flowers of various colours have been sold at a price of RM6 to RM7 each, and 30 per cent of the proceeds will be distributed to every florist, she said.

Yap, who is also an architect and social entrepreneur, said the course, organised through community empowerment programmes, was a joint initiative between Farni Enterprise and Upcycled Shack aimed at boosting the potential of rural women by utilising agricultural waste to generate income.

Having ventured into recycling activities with a focus on the zero waste concept for the last eight years, she wanted to ensure that every discarded material is turned into a functional product while protecting the environment.

“We want to continue this effort to empower the community, especially in rural areas by turning agricultural waste into income. It requires very minimal capital for them to start a business.

“This initiative is very helpful for single mothers or housewives who are interested in becoming entrepreneurs to increase their income,” she said.

Those interested in obtaining the craft produced by the Kota Marudu community can place their orders via the ‘Corn Husk Craft’ Facebook or Instagram page or call 010-3961869.

There will be adequate chicken supply to meet demands for the Aidiladha celebration next month, he said.

Norlizan said this was following intervention and inter-agency engagement sessions, involving industry players to find out the main problems related to chicken supply.

“They are committed to increasing production. We are in the recovery process,” he told reporters after the 2022 National World Veterinary Day celebrations here today.

From these engagement sessions, it was found that the shortage was influenced by several factors, such as climate change, disease, lack of workers and the use of open cages and unscheduled chicken vaccination process, he said.

According to Norlizan, almost 80 per cent of chicken breeders in the country use open poultry houses, which are exposed to odour and fly pollution, and only a few of them use the enclosed chicken coop system with optimal technology.

“This thing (chicken supply) is temporary. The government is doing its best to ensure no shortage of chicken,” she added.

Earlier, in her speech, Haslina said MAFI, through DVS, had formulated various strategies to take care of animal welfare, including curbing livestock diseases and ensuring that the food supply from animal products is always sufficient.

She added the government has agreed to set up the National Ruminant Board to further boost the industry’s growth, especially in enhancing the country’s beef and dairy production.

JEMPOL, June 4 (Bernama) — The Semarak Uniti Keluarga Malaysia programme will continue to be intensified at the grassroots level to support the government’s efforts to strengthen the spirit of unity among the people in this country regardless of race and religion.

Themed ‘Merakyatkan Perpaduan Keluarga Malaysia’, she said the Jempol parliamentary constituency has been chosen as the first location for the two-day programme starting today.

“This is to ensure that all the unity programmes held by the ministry can be heard, seen and felt by all members of Keluarga Malaysia,” she told reporters after officiating the Semarak Uniti Keluarga Malaysia programme at Dewan Feldajaya Selatan, Felda Wilayah Raja Alias, here today.

In another development, Halimah said the National Unity Index (IPNas) study to measure the level of national unity and harmony in the country is expected to be completed in July.

“This study is carried out in collaboration with Institute of Ethnic Studies (KITA), Universiti Kebangsaan Malaysia. The findings of the study will be presented to the Cabinet,” he said.

Over a million tourists arrivals in Malaysia since border reopening

SHAH ALAM, June 4 (Bernama)– Malaysia has managed to attract over a million tourists so far, over half of the targeted 2 million international tourists set by the government this year since the border reopening on April 1, Tourism, Arts and Culture Minister Datuk Seri Nancy Shukri.

She said a large part of the total was from Singapore and it is expected many more tourists from Japan, Iran and Korea will be arriving in Malaysia.

“There are tourists for other countries as well but we are unable to provide accurate numbers as we are still waiting for feedback from the respective parties but suffice to say we have achieved more than half of what we’ve targeted,” she said.

She said they believed that tourist-friendly COVID-19 standard operating procedures (SOP) were capable of attracting more foreign tourists to Malaysia.

“People like our SOP because there’s no mandatory quarantines, COVID-19 screening tests and insurance, and it’s up to tourists to do so,” she said.

Nancy said the country’s tourism industry is still faced with a shortage of workers after being severely affected by the COVID-19 pandemic.

“Some hotel workers are afraid to return to work due to the uncertainty, so there might be another closure,” she said.

In addition, she said her ministry has yet to receive any confirmation of hotels that were forced to close down due to the impact of the pandemic, but there were indication that some hotels were shut down temporarily for renovation and some hotels being repurposed.

On #GojJalanLah, she said the campaign was a smart partnership between Firefly and Tourism Malaysia to support government efforts to boost domestic tourism promotions.

The #GoJalanLah promotion campaign offers flight tickets and hotel accommodation at discounts of up to 35 per cent. Bookings can be made at www.fireflyz.com.my till June 30, 2022 for the travel period until Dec 31, 2022.

The AKM Tour programme secretariat said in a statement, that a total of 28 service counter booths involving various ministries, agencies and the state government were provided to benefit the Malaysian Family members.

According to the statement, a total of 13 mobile service counters have also been set up by the National Registration Department (JPN), Road Transport Department (JPJ), Mobile Family Centre (PKB), and National Population and Family Development Board (LPPKN), among others.

It said there were also 110 booths for Small and Medium Industry (SMI) entrepreneurs to feature their products during the tour in addition to business matching programmes for the entrepreneurs.

“A total of RM4 million in sales were recorded as of 10 am,” read the statement.

“A total of 2,771 participants were called to attend interviews, 1,476 people had made it to the final screening in the positions they had applied for and 454 people had been offered jobs,” it added.

The tour is part of the government’s efforts to connect the people directly to the services offered by its ministries and agencies thus ensuring the harmony and well-being of all Malaysian Family members, read the statement.

It said the tour would be continued to be held across the country, featuring the same service segments to meet the needs of the people and help them appreciate the AKM concept that prioritises the aspects of inclusion, togetherness and gratitude.

The Terengganu AKM tour is led by the Ministry of Education with the cooperation of the Terengganu state government and the Shared Property Delivery Unit (SEPADU) as the programme coordinator.

Terengganu is the fourth venue after Johor, Perlis and Sabah.

Last night, all of them also recited the Yasin and tahlil and prayed for the management operation to take place in an orderly manner.

The ceremony was held at the surau of the TH Headquarters in the Roha Madinah building after maghrib prayers, led by Pembimbing Ibadat Haji Tanah Suci (haj guide) Ustaz Mohd Hishamuddin Mansor.

Meanwhile, Madinah director of Operations Mohamed Heikal Mohamed Yusuff said although TH had made thorough preparations, they still needed to pray to Allah for things to run smoothly and that all pilgrims and staff were given good health while in the Holy Land.

“At the same time, this ceremony also provided a space for old and new staff to strengthen their brotherhood,” he said when met by reporters here.

The first group of 295 pilgrims are scheduled to arrive via Saudia Airlines flight at the Prince Mohammad Bin Abdulaziz International Airport in Madinah at about 4.55 pm local time.

Various programmes have been arranged by TH for Malaysian pilgrims during their six days and five nights in Madinah before continuing their journey to Makkah to perform umrah on June 10.