MELBOURNE, Australia, Oct. 09, 2021 (GLOBE NEWSWIRE) — Emre Rothzerg officially announces the launch of his people-oriented digital agency, offering clients a range of services to help them stand out in the crowded online space. “Whether your digital dream is an eCommerce site, a personal blog, a business homepage or something else entirely—if you can imagine it, we’ll create it,” said Emre Rothzerg, Founder of Rothzerg.

As a certified digital agency, Rothzerg offers both digital transformation and full-service packages, and can rebuild problem sites and apps that aren’t currently servicing clients’ needs—or create entirely new systems from the ground up.

The founder began programming when he arrived in Australia in 2007 as a refugee, and has 14 years experience in the tech space as a developer, designer and consultant to prestigious organisations both in Australia and internationally. Emre is now proud to offer his skills to a new audience via Rothzerg. 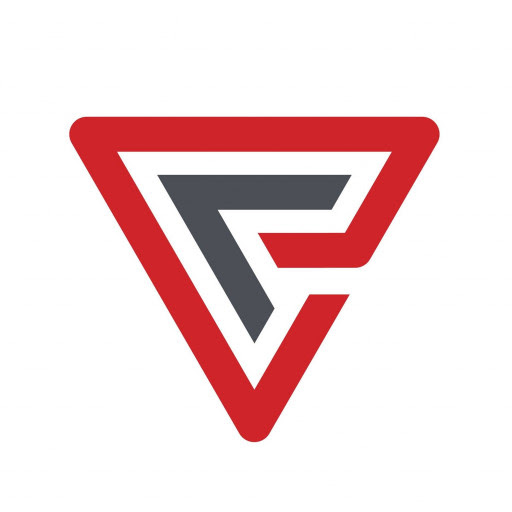 This content was issued through the press release distribution service at Newswire.com.

He said in 2020 the state’s economic growth had contracted 3.2 per cent due to the global economic downturn and the COVID-19 pandemic.

“The state’s Gross Domestic Product or GDP has also contracted between six and seven per cent last year.

“However, during these difficult times, with prudent financial management without compromising the state’s financial resilience… this year, Sarawak’s economy is expected to record a positive growth rate of between 4 and 6 per cent,” he said.

He said this in his speech at the state banquet held in conjunction with the 85th birthday celebration of the Yang Dipertua Negeri Sarawak Tun Abdul Taib Mahmud here tonight.

Meanwhile, Abang Johari assured that the state government would continue to protect Sarawak against elements that could divide the unity of its people, especially extreme views that touch on sensitive aspects of others’ religious beliefs.

He said Sarawak was fortunate because the state’s immigration autonomy protects its people from undesirable elements from outside.

“This autonomy must be defended to preserve the well-being of Sarawak,” he said.

SETIU, Oct 9 — Losing the only daughter to a tragedy is hard to swallow, what more when she is the lifeblood of the family.

But that is the dilemma Che Mohd Humaizi Che Jemani, 38, has to face when his only daughter Nurulhasha Humaira, 11, was found drowned with two of her cousins at the river-mouth of Kampung Mangkuk here earlier in the morning.

A distraught Che Mohd Humaizi said Nurulhasha Humaira who is the eldest child, was a good-hearted girl, jovial and always looked after her three siblings.

“They had gone to the river estuary in the past week and my daughter was delighted to camp there and search for clams. So she returned to the same site with her cousins.

“I had spoken to my siblings and they too agreed to go along to that location yesterday morning. But alas, I never expected it was to be our last moment of happiness,” he said when met at the Forensics Unit of Hospital Setiu here today.

In the 5.30 pm incident yesterday, six children who were looking for clams with their family were lost in a sudden tidal surge. Only three were saved while another three were found drowned early this morning.

The body of Nurulhasha Humaira was found at 8.15 am, five metres away from where they were first reported missing.

Recalling the incident, Che Mohd Humaizi said he received a phone call from his wife Nurulhuda Abd Rahman, 38, who was frantic after realising their only daughter and two others (niece and nephew) failed to be saved.

“At that time, I was fishing with a friend about 500 metres from the scene. My wife and her siblings were keeping an eye on the children, but the tragedy struck suddenly… Even though we are devastated, we leave it to Allah’s will.

“The three of them will be buried together at the Kampung Losong Panglima Perang cemetery, Kuala Terengganu,” he said, expressing his gratitude to the rescue team and public for prayers and rendering assistance to them.

KUALA LUMPUR, Oct 9 — Malaysia recorded 14,422 recoveries from COVID-19 today, exceeding the number of daily new infections which were at 8,743.

Health director-general Tan Sri Dr Noor Hisham Abdullah, in a statement today, said of the total new cases reported, 98.6 per cent or 8,621 cases were in categories one and two, namely asymptomatic or with mild symptoms.

He said 770 patients are being treated in the intensive care unit (ICU), 419 of whom require respiratory support.

Pahang became the state with the highest number of new clusters, with three clusters comprising workplaces, communities and high-risk groups.

He said the COVID-19 infectivity rate or R-Naught (Rt) nationwide today was 0.86 with Putrajaya recording the highest Rt value at 1.11.

According to him, detailed information on the current situation of COVID-19 infection in Malaysia will be uploaded on the COVIDNOW website.

100 school children with learning problem to get free tuition

JOHOR BAHRU, Oct 9 — Some 100 Year One to Year Three school children who have learning problem were chosen to attend free tuition through the Reading Skills Programme organised by the Layang-Layang State Assembly Service Centre (DUN) in Kluang beginning today.

State Tourism, Youth and Sports Committee chairman Datuk Onn Hafiz Ghazi in a posting on his Facebook page said the programme which was being handled by three teachers until December is aimed at helping the school children master in particular reading.

“The main focus is students who still cannot read or are not proficient reading in Bahasa Melayu especially those who still do not recognise the words.

“The programme would also indirectly enable them to get use to face-to-face learning next year after almost two years not going to school because of the COVID-19 pandemic,” he said.

Onn Hafiz who is also the State Assemblyman for Layang-Layang said three areas have been chosen as locations for the programme namely Felda Layang-Layang, The ATM Veterans community hall at Kampung Chokro and the DUN Layang-Layang Service Centre.

“Besides learning in the classroom, each student will be equipped with appropriate educational materials needed throughout the programme,” he said adding that tuition classes will be held twice a week on Fridays and Saturdays.

KOTA TINGGI, Oct 9 — A vetting process for Zone A fishermen will be done if there are fishermen who are no longer active in carrying out fishing, thus providing an opportunity for new applications.

Deputy Agriculture and Food Industries Minister I (MAFI) Datuk Seri Ahmad Hamzah said this will be conducted after the Fisheries Department received about 16,000 applications for licences from fishermen.

He said the vetting process would also be done if licensees did not renew their licences within three years.

“We also need to estimate the number of catches (of fish) done by the existing fishermen in order to give out a licence.

“Before that, we did vetting, which means fishermen who are no longer active will have their licences revoked. So if there is a vacancy, we will give that (another) person (fisherman) a chance,” he said at a press conference after visiting the Kampung Sedili Kechil jetty and presenting a MAFI Prihatin contribution, here, today.

Ahmad said this when asked to comment on the number of coastal fishermen who do not have licences.

He said the issuance of a licence was also based on a study conducted by the department, including the density of fish in Zone A, which is five nautical miles from the coast.

“However, it was found that the density of fish had decreased a lot, that is why fishing cannot be done. If done, it can cause habitat destruction,” he said.

For the record, the issuance of fishing licences for coastal marine fisheries including Zone A coastal fishermen has long been frozen by the government to safeguard fishery resources.

Meanwhile, commenting on the threat of foreign fishermen, Ahmad said the arrival of foreign fishermen detected in the country was in the East Coast area because the location is rich in fishery resources, however, the enforcement authorities are always keeping an active surveillance.

When asked whether Johor would receive a large allocation from Budget 2022, he said the allocation was according to need and demand.

He added that the current need was to ensure that the food supply was always sufficient.

KANGAR, Oct 9 — The Communications and Multimedia Ministry (KKMM) plans to establish a creative arts associations at both national and state levels to facilitate the coordination of efforts to further develop the industry.

Deputy minister Datuk Zahidi Zainul Abidin said, with the existence of such associations involving the ministry, the process to provide specific funds would be easier as they could be channelled directly to the target groups.

“We will gather creative arts players and set up the association and will also work with the Youth and Sports Ministry and the Tourism, Arts and Culture Malaysia Ministry, as it will also involve culture and youth,” he told reporters after the closing ceremony of the Komuniti@Finas (KoFI) programme, here tonight.

Zahidi said the establishment of the association would also give room for traditional creative arts players to pass on their artistic knowledge to the younger generation.

“For example, the Awang Batil performance in Perlis, could be made more interesting by infusing more modern storytelling effect without changing the original value of the art,” he said.

He said the same goes with boria and Makyong that had attracted the participation of the younger generation, adding that continuous efforts must be undertaken to preserve the traditional performances that were part of the nation’s heritage.

“We hope that venturing into the field of creative arts will also help increase the people’s income and contribute to the country’s revenue…this proposal will be implemented immediately for the development of the country’s creative industry,” he said.

He said through the Prisma Micro Fund Pitching Session, an allocation of RM400,000 under the Malaysian Creative Industry Stimulus Package (Prisma) was provided to produce 40 creative content projects.

“The KoFI programme also highlights the unique attractions in Perlis such as Padang Besar through a special documentary that can entice domestic and international productions to use them as a location for content production works,” he said.